We are pleased to announce the repertoire for Berlin Opera Academy's 2023 Orchestra:

Offenbach: Orpheus in the Underworld 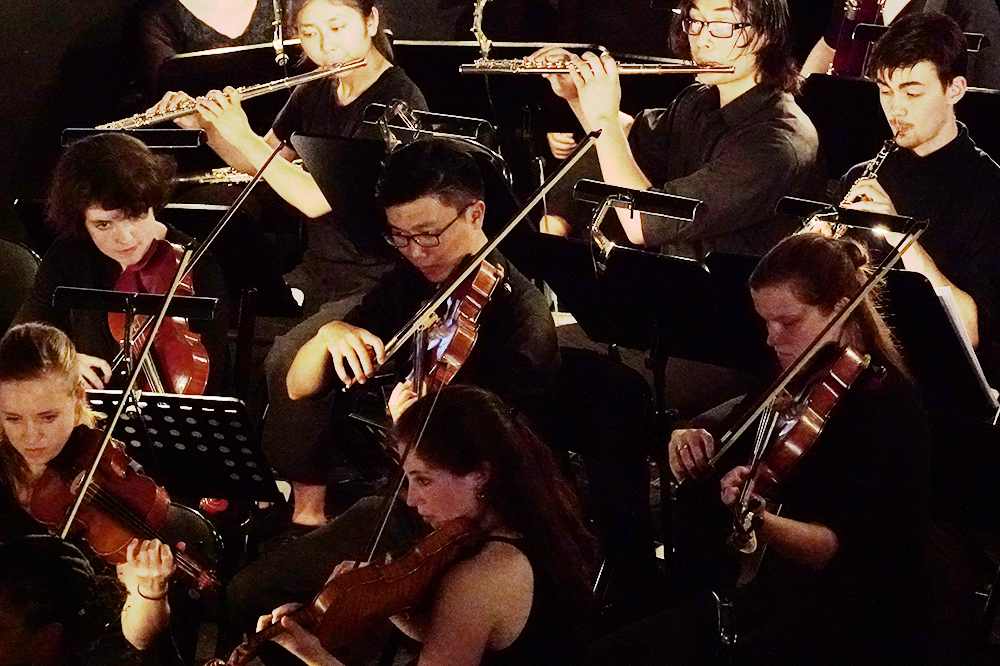 Led by world-class conductors from major opera houses, The Berlin Opera Academy Orchestra –a chamber orchestra- comprises some of the industry's most promising and upcoming instrumentalists.


Our Early Application Deadline for our upcoming summer season is December 1st, 2022

With the goal of introducing performers to Europe's largest music market and providing the necessary skills needed to audition and flourish there, participants will look forward to a four-week immersive experience, including:

Peter Leonard, until recently Artistic Director of the Volkstheater Rostock and the North German Philharmonic, enjoys an international career known for viscerally exciting and musically probing performances of both the symphonic and operatic repertoire.

Guest conducting appearances have included collaborations with Montserrat Caballe, Marcelo Alvarez, Ute Lemper and others. His performance of Viennese favorites at the Classic Open Air festival in Berlin's Gendarmenmarkt was met with huge acclaim. Appearances at the Berlin Konzerthaus with the venerable Berliner Singakademie featured the monumental Mendelssohn oratorio Elijah.

Tom Seligman is one of the UK’s most exciting young conducting talents, with an increasingly impressive portfolio of projects and collaborations behind him.

After studies in Cambridge, Glasgow, London and Amsterdam, he was appointed Musical Co-ordinator and Conductor of the inaugural Cheltenham Festival Academy in 2005, working with some of the most brilliant young musical talents from across the UK, and was invited back to conduct the Brno Philharmonic at the Festival in 2007. He made his BBC Radio 3 debut conducting the Hebrides Ensemble at the 2005 St Magnus Festival in Orkney and took the helm at the Festival 'Musique-Cordiale' in the south of France between 2008 and 2012. He is Principal Conductor of Kensington Chamber Orchestra, and was Director of Hampshire County Youth Orchestra for six years, finishing his tenure with an acclaimed performance of Mahler's 'Resurrection' Symphony at the opening of the 2011 Winchester Festival. He is also originator and conductor of ‘Rite Up Close’, an innovative interactive workshop and concert introducing The Rite of Spring to audiences of all ages.

Berlin-based American conductor Garrett Keast’s career was launched with performances of Faust at the Opéra National de Paris, Bluthaus by Georg Friedrich Haas at Oper Bonn, and Die Zauberflöte at Deutsche Oper Berlin. Concert debuts followed with the NDR Elbphilharmonie Orchester, the MDR Sinfonieorchester Leipzig, the Belgian National Orchestra among others, and today Garrett Keast enjoys a highly successful conducting career throughout Europe. He was born in Houston, Texas and was mentored by Christoph Eschenbach at the Houston Symphony Orchestra.

We ask that you upload two recordings that best display your musical abilities. We recommend one excerpt from an operatic or symphonic work and one solo or piano-accompanied piece, however, you may submit any recordings that you feel showcase your playing. The recordings do not need to be professional nor from a performance. Video is preferred, but audio-only is also accepted. Recordings must be submitted via link (eg: Youtube, Vimeo, Soundcloud etc). If using Youtube, please ensure your videos are uploaded as either Unlisted or Public videos (not Private).

Berlin Opera Academy strives to guide young musicians on the next steps towards a career in Germany. The program entails 4 or 8 weeks in summer.

All orchestra members are required to submit a refundable deposit of 500€ to hold their place at BOA . This will be refunded after the summer ends. (BOA will begin processing all refunds in September 2023.)

At BOA you will experience one of the world's most amazing cities, work under top conductors, and gain the skills necessary to work in a professional orchestra, all while enjoying some of operas’ greatest masterpieces.

"Is it any surprise that audiences for classical music are holding up better in Germany than anywhere else? Agents and music administrators whose work takes them from country to country report half-empty halls, shortened seasons and restricted budgets — but not in Germany. Home-grown excellence attracts the crowds and funding remains on a scale that attracts envy elsewhere."

...It was a truly rewarding musical experience but I also had a great time exploring the fascinating city of Berlin!...I thoroughly enjoyed working on the two masterpieces that are 'Le Nozze di Figaro' and 'Die Zauberflote' [by] two very different conductors, with different approaches to the music and rehearsal style. It was great to be able to understand the differences in style between the two operas, despite both being composed by Mozart and having been premiered only 5 years apart...